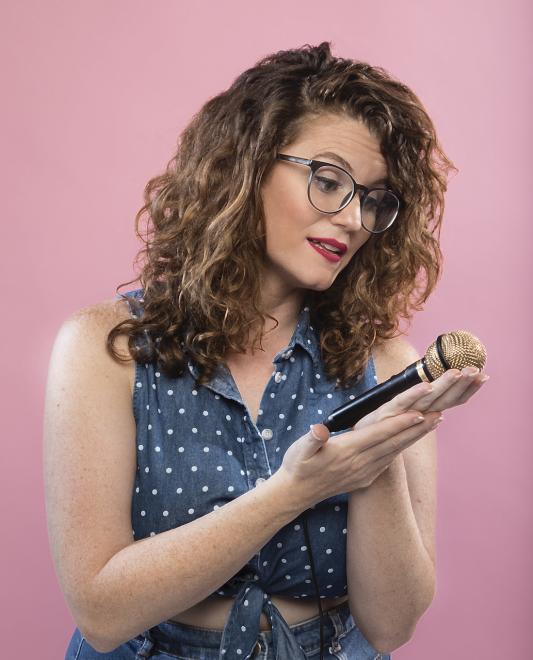 Big hair. Big heart. Big mouth. Barbara’s goofy stage presence and vulnerably dark material have made her a staple in the Los Angeles alternative comedy scene. Oh and her podcast Britney’s Gram also kicked off #FreeBritney, no big deal. She co-starred in seasons one and two of “Corporate” on Comedy Central, and has written for “Billy on the Street”, as well as “Magic for Humans with Justin Willman” on Netflix. Her standup has been featured on HBO Max, Hulu, and Comedy Central. Her podcast “Lady to Lady” on the Exactly Right Network is celebrating a decade of podcasting this year and boasts over 10 million downloads. Described as “best adult sleepover you’ll ever have” by Entertainment Weekly, the ladies host an unfiltered hour of pop culture discussions, embarrassing personal revelations, and questionable advice. Her other podcast, “Britney’s Gram” went from a fun look into Britney Spears’ instagram feed, to a true-crime-in-real-time viral hit with their episode #FreeBritney, setting off an international movement to free Britney from the conservatorship she’s been placed under for over a decade. This led to a 10-part investigative podcast named Toxic: The Britney Spears Story, which was nominated for an iHeartPodcast award and won two 2022 Webby Awards.