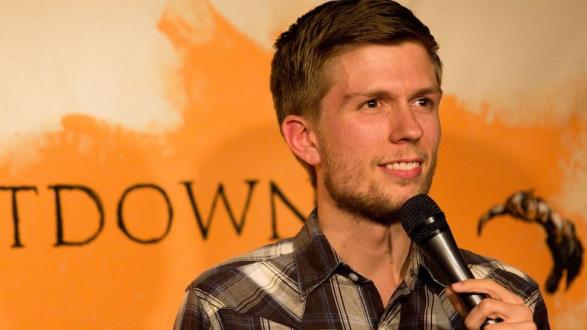 Chris Thayer is a comedian and founding member of weekly stand-up show The Business LA; has appeared multiple times on the "You Made it Weird" podcast; wrote on The Midnight Show with Pete Holmes; has performed at Riot LA, Bridgetown Comedy Festival, LitCrawl, & SF Sketchfest; and was featured in both Splashlife.com's “30 Under 30: Comedians to Watch” and Mashable.com's "The 100 Funniest Tweets of 2012". Find him online at thisischristhayer.com and follow him on Twitter: @ChrisThayerSays.