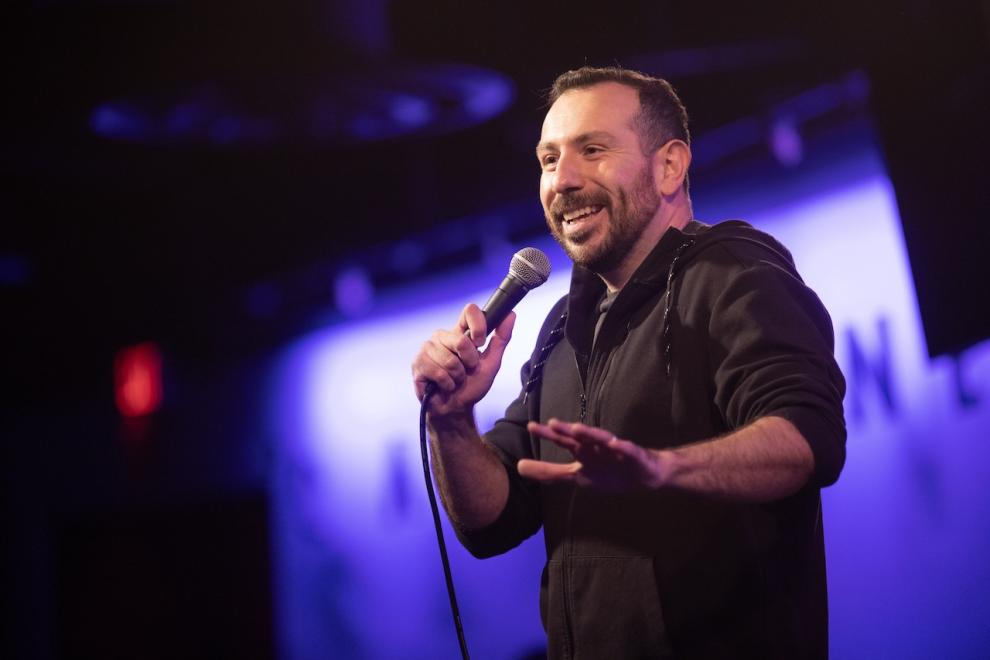 Dan Altano has carved a name for himself on the national comedy scene by narrating his life story with brutal honesty, wit, and heart. Born in New Jersey and currently based in New Haven, CT, Dan headlines in clubs and theaters across the country, recently completing a 12-state headlining tour. He was named one of New York City’s “Breakout Artists of 2021” by Caroline’s On Broadway and appeared in the New York Comedy Festival for three consecutive years. Dan has also recently joined comedians Demetri Martin, Fortune Feimster, and Eric Neumann as part of their respective national comedy tours. Dan is the co-host of the podcast Rank It! and is the creator and host of Dinner’s Ready Live, an interactive cooking/comedy show that now tours on stages across the country. He is the co-producer of Just A Jersey Guy and Son, a comedic storytelling show he writes and performs with his father, Brian Altano.