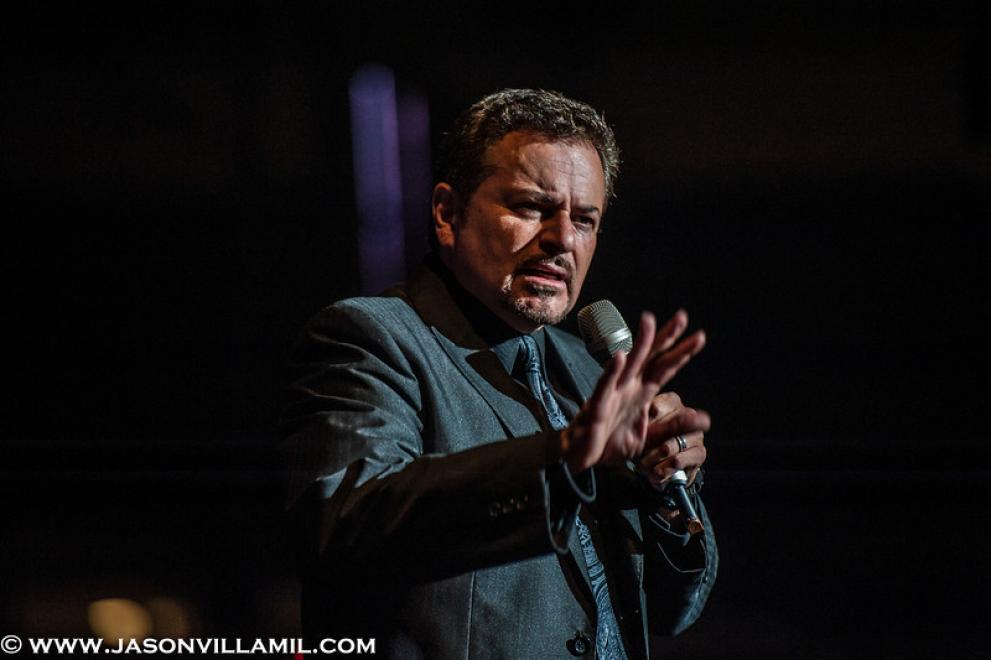 Born in NYC, Joe received some of his acting training at the HB Studios. He has used that training in many feature films, most recently ROUNDERS, and ROW YOUR BOAT. He also worked on RYDER PI, AN EASTSIDE STORY, and PUNCHLINE with Tom Hanks. The acting is great, but performing in front of a live audience is my first love. Joe has made them laugh from coast to coast and everywhere in between. Whether its a packed house at TRUMP CASTLE in Atlantic City, or in front of 20,000 people at the famed MADISON SQUARE GARDEN; Joe has so much fun on stage that you can't help but have a great time watching him. Joe has combined his comedy with motivational speaking. He motivates people and makes them realize that anything is possible in America. No matter who you are: Latino, Black, White, Female, Gay, Disabled, etc; you can go beyond all obstacles and become very successful in America. Joe takes a lot of pride in knowing that he can make a difference in the future of many people. People and students leave his shows not only laughing, but also feeling good about themselves and their future. Joe has logged some impressive time on radio shows, trading laughs with Howard Stern and others. He has appeared on all the major Comedy shows, including Comedy on the Road, Carolines, Comic Strip Live, and many others. He also hosted his own TV show called The Latin Connection on FOX. Whether its making people laugh in nightclubs or concert halls, JOE VEGA is motivating people all over the world. Youll be glad that he is on the job and loving it!