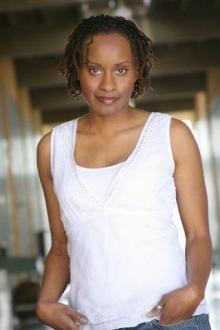 Pat Brown was voted "Most Humorous" by her high school class which turns out to be the only thing they were actually, ever right about. The "Great Cootie" scare, that same year?...all a hoax.   Pat Brown's style is "girl comedy, guy approved". As a proud and self-declared "Tomgirl", Pat moves deftly from both gender knowledge bases to craft funny life stories and experiences that are relatable and unique. Well regarded as a great writer and a seasoned performer, Pat’s success can be attributed to her smart playful and infectious onstage presence.  Pat is a native of Kansas City, MO and honed her comedic style in the performance driven comedy clubs of Atlanta, GA where Chris Tucker and Monique got their comedy start. Pat's talents were soon recognized and she was given the opportunity to tour as a feature for Brett Butler, "One of the best experiences of my life".  Pat Brown is the Winner of "Best Female Comic" at Las Vegas Comedy Festival and the 2013 Winner of the She Devil Comedy Festival. She has appeared on Laughs on Fox, Gotham Axis Live, and One Mic Stand hosted by Kevin Hart. Pat was a fan favorite of BET's Comic View with more than 8 appearances on the show which lead to a writer position for hosts, Ricky Smiley and Sommore. She has appeared on NBC's Comic's Unleashed, and Comedy Central's Laffapoolza. She is a highly sought-after panelist appearing on Fox's Good Day NY, She Said She Said, Internet Action Force and can be heard on Sirius Radio The Foxhole. Pat is a regular on the podcast FriendsLikeUs on Itunes.  Her recent and most notably movie appearances include: White Water, as "Ms. Sophie", Blood Ties alongside Zoe Saldana and Three Can Play That Game. Pat brings her improvisation background to all her stand-up shows, being an accomplished improv actor with UCB in NY, Blacktop Circus and Laughing Matters.  Come to a Pat Brown show and become a fan. Become a fan and subscribe to Pat's website: www.comedianpatbrown.com  Twitter: @patbrownshow Instagram: @patbrownshow Facebook fanpage: Comedian Pat Brown