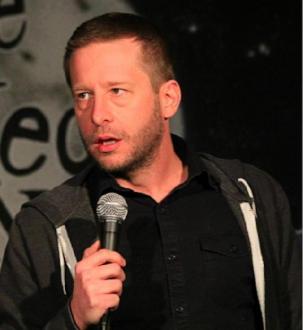 Paul Hooper hits the stage with thought provoking, politically incorrect comedy that slams society and himself with absolute irreverence. An only child with OCD, Hooper channels his dysfunction into a cathartic harangue. He has an undeniable likability, and this young comic plays it to the hilt as he rants non-stop through his routine, winning over any judgmental people who could be shocked by his outrageous take on life. This native of Charlotte, North Carolina has already proven to be a hit in clubs from Florida to Alaska. He has been featured at the HBO Comedy Festival in Vegas, the Boston Comedy Festival and was a finalist in the 30th Annual Seattle International Comedy Competition.