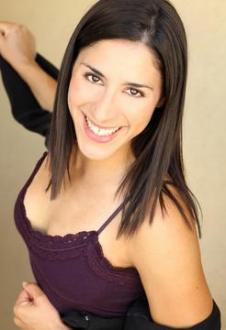 SANTOS burst onto the comedy scene 3 years ago in her first National Television debut on Showtime Network's "Pride Comedy Jam".  The Network touts, "a hip and hilarious show with a great ensemble of up and coming diverse comics, including the witty anecdotes of Renee Santos."   She has been a regular on the Los Angeles comedy scene performing consistently at local clubs, including the Comedy Store, The Laugh Factory, and the Hollywood Improv and in April of 2015 became a Bi-Coastal Comic earning residency at NYC’s Broadway Comedy Club.   SANTOS has been moving and shaking in the  Comedy arena since she took her funny on tour to the East Coast and many Colleges Nationwide and in May of 2013 she joined Wanda Sykes and an amazing line-up of talented entertainment on Olivia Cruises 40th Anniversary Punta Cana Resort Vacation. The ball continued rolling for Renee in 2013 booking a starring role in the show “Stand-up and Deliver” featured on Jennifer Lopez’s new network NuvoTV Tuesday nights at 10pm.   SANTOS returned to the Television Comedy world in January of 2015 showcasing for Season 9’s Last Comic Standing airing on NBC. 2016 Started out with a bang filming her Softmore 1 Hr Stand-up Comedy show, " Biting the Big Apple" at the Metropolitan Room in Manhattan on January 22.   Although she has a natural funny bone, Santos has been working hard at her craft for several years both on stage and on-camera. She recently appeared on TNT's "Murder in the First", as a CSI Officer, the Jerry Bruckheimer produced CBS sci-fi series “Eleventh Hour”, Showtime Network’s “Californication” starring David Duchovny, She also currently has 2 commercials running nationwide, for the fast-food chain "Wendy’s" and for "One-a-Day" Vitamins.  Her credits also include roles in several celebrated indie films, including "30 is the New 12" which first earned high praise at Outfest Film Festival in 2010, and “Shooting April” which was featured in two festivals and was named ‘Favorite Movie of the Month’ by Film Stage Magazine. In addition, her voice-over abilities have landed her regular gigs on the ‘looping’ scene, including numerous Disney projects and the NBC hit-series “Brothers and Sisters” for its last two seasons. Santos is no stranger to improvisation and sketch comedy either, beginning as an active member of Emerson College's Comedy Sketch Group in Boston and most recently sharing her characterizations on the stages of the infamous Upright Citizens Brigade (UCB) in Los Angeles. Currently, she is in pre-production on her first 1 hr Stand-up Comedy Special.