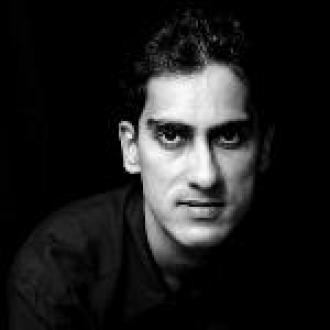 Samson, often called "The Indian Seinfeld", is the worlds only known Indian Jewish Standup Comedian. Born and raised in Mumbai, and now living in San Francisco, his comedy is a unique perspective on life as an Indian Jew in the West. His observations and experiences are refreshingly new and unadulterated by existing stereotypes. He establishes a new and unique view of the world, which often echoes the voice of the seldom heard 1st generation immigrants. His comedy is intelligent, clean, and appeals to people of every race, religion and ethnicity. An instantly likeable personality, he makes you smile as soon as he steps on the stage. Through his comedy he has some strong social messages. His observations often make the audiences exclaim, "That is so true!". His interpretations often exude "Never thought of it that way!" In his very first year he was the semi-finalist at the Rooster T Feathers comedy competition. A finalist the very next year, he also won the Halloween Comedy Contest in Pleasanton, CA. He has toured with "Pundits with Punchlines", performed with "Make Chai Not War" & "Slumdog Comedy Tour". He has performed at clubs, colleges and corporations in New York, DC, Virginia, Illinois, Texas, Colorado, Utah, California & India. He is also the producer of "Comedy Off Broadway Oakland", the show runs every Thursday and Friday night in downtown Oakland, where he brings together the best of the San Francisco Bay Area comedians for a hilarious night of comedy. Love him or love him, he is sure to make you laugh.