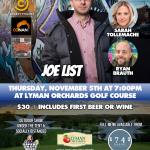 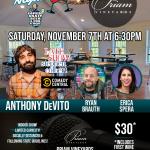 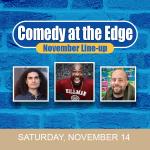 Come and join us for the Comix Craft Comedy Show at Two Roads Brewing Co. On Friday September 6th, we have an outstanding group of comedians that will take the stage!! There will be a happy hour from 6:00-6:30 pm! The Comedy show itself will begin at 6:30 pm with an intermission inbetween! TICKETS: $30.00 per person includes access to a 2 hour comedy show featuring 3 hilarious comedians along with your first pint of beer! (First pint of beer can only be redeemed in the Two Roads Private Event Room). NO REFUNDS on any tickets purchased!! Tickets can also be purchased in the Two Roads Company Store! THE COMEDIANS: Corey Rodrigues- Conan, TruTV, Laughs on Fox Alex Giampapa- Boston Comedy Festival, Funny or Die Ryan Brauth- Comedy Craft Beer Tour, Sirius/XM Radio 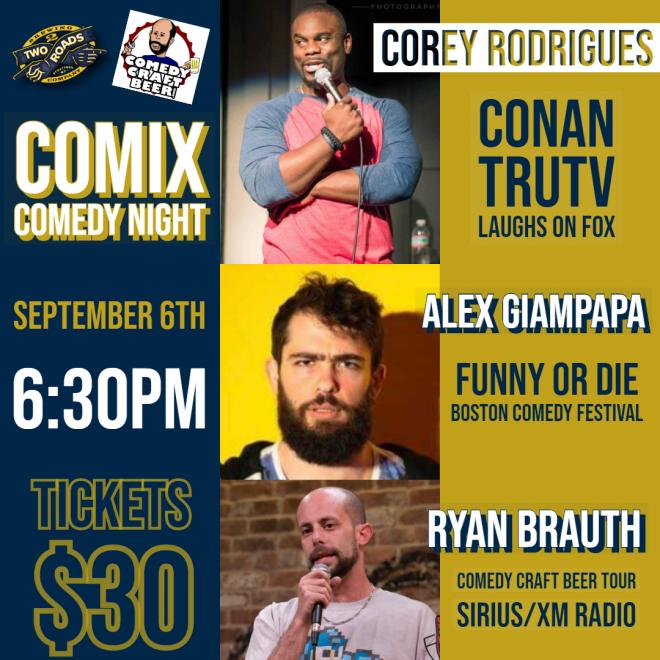 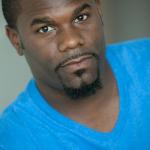 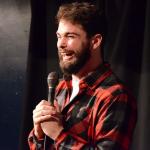